This British writer is considered one of the forerunners of feminism and a key figure in 20th century literary modernism .

Daughter of the historian, writer and mountaineer Leslie Stephen, and the model of painters Julia Prinsep, Virginia Woolf grew up in Kensington, England.

Their parents’ marriage was the second for both of them. In the family home, in addition to the children in common, Vanessa, Thoby, Virginia and Adrian, the children of their previous marriages also lived.

On her mother’s side, Virginia had three brothers: George, Stella, and Gerald. On his father’s side, he only had one sister, Laura, who was said to have some kind of disability. She lived with the family until she was transferred to a psychiatric facility in 1861.

Despite the fact that neither Woolf nor his brothers went to school, they grew up and were educated in a home that breathed literature in each of its corners. His Kensington home was regularly visited by Victorian philosophers and writers such as James Russell Lowell, who later became Virginia’s godfather.

Thank you for watching

From an early age, the famous writer manifested the first symptoms of her mental illness . At age 13, Virginia faced the death of her mother; at 15, to that of his sister Stella. It was then, when the famous writer began to suffer from her first depressions.

In 1905, her father died of cancer, which caused a nervous breakdown for which she had to be admitted. But misfortunes never come alone. Just a year later, Virginia lost her 25-year-old brother Thoby.

Following her father’s death, Virginia and several of her siblings sold 22 Hyde Park Gate and moved to the London borough of Bloomsbury. This new home soon became the meeting place for British intellectuals of the time.

This group shared thoughts and ideals. They rejected the upper class to which they belonged, the religion, the morals of the Victorian era, and the realism of the 19th century. Humanist and liberal in ideology, all these intellectuals studied at Trinity College or King’s College, Cambridge.

In 1910, some members of the group acquired some relevance -among them Virginia Woolf-. They posed as members of the Abyssinian royal family to the British Navy. This fact is known as “the Dreadnought deception.”

Immediately the English press echoed the news and brought to the fore the existence of the Bloomsbury circle and the ridicule made by the British Navy. However, it has not yet been possible to confirm whether the Navy officials believed the deception.

In 1912, Virginia married Leonard Woolf , also a member of the Bloomsbury circle. Five years later, together they founded the Hogarth Press publishing house, which edited the work of the English writer and such important figures as Sigmund Freud and Katherine Mansfield.

In the 1920s, he start dating fellow writer Vita Sackeville-West. He had a loving affair with her, although they were both married. When their romance ended, they continued their friendship until Virginia passed away.

Virginia Woolf wanted to break the classic narrative scheme. His prose was characterized by a style reminiscent of poetry. He was not so concerned with narrative action, but was trying to evoke the mental process of people. Practically all his works have an autobiographical character.
He began by writing articles and reviews for The Times Literary Supplement, The Times’ literary supplement , and for The Guardian newspaper .

In 1908 he wrote the play Melymbrosia , which became the basis for his first novel: Fin de viaje , published in 1915.

In 1919 he published Night and Day . This romantic and realistic novel tells the story of a loving quartet. It deals with social issues such as the change in the situation of women or the struggle between tradition and modernity.

Jaco b’s room arrived in 1922 with his publisher’s stamp. It was in this novel that he began to experiment with a style full of metaphors in which the interior monologues of the characters stand out.

In 1925 he published what may be his best known work: Mrs. Dalloway . With this novel, critics began to speak of the uniqueness of Woolf’s literature.

Following this autobiographical character, he published Al faro in 1927, with which it is believed that he portrayed his family conflicts. A year later he wrote Orlando , a novel inspired by his relationship with Vita Sackville-West that further increased his popularity.

Later, in 1931, came what many critics consider his best novel and the most difficult stylistically: The Waves. In 1937, he published Los años, his last living novel

In 1941, Entreactos was published posthumously . Here he revealed the complexity of assimilating some experiences.

He gave different lectures at universities and wrote, in addition to the aforementioned novels, letters, biographies, his diaries, short stories and essays. In her works, Virginia Woolf captured her ideas through phrases that went down in history.

In 1929 she published the feminist essay A Room of My Own in which she reflects on the role of women in literature. Here he raised the famous idea that “a woman must have money and a room of her own if she wants to dedicate herself to writing fiction.”

Virginia Woolf suffered from what is now known as bipolar disorder. A mental illness characterized by sudden mood swings and alternating episodes of euphoria with those of depression.

Nicknamed the Goat by her family, many believe that the abuse Virginia suffered at the hands of her brothers George and Gerald as a child exacerbated her illness.

On March 28, 1941, the writer left home and said goodbye in the way she knew best: writing letters.

He put on his coat, loaded it with stones in his pockets, and plunged into the River Ouse. Weeks later her body was found and she was cremated.

Virginia Woolf is considered one of the most important English writers of History . His figure and thoughts remain fundamental in feminism. 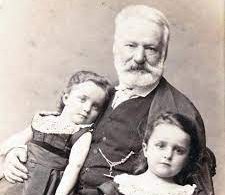