Romantic author of novels, poems and plays, Victor Hugo is also involved in politics. He defends in his books and his speeches peace and the break with archaic models of society.

Victor Hugo is one of the greatest poets, writers and playwrights of the 19th century. He is the illustrious author of Les Misérables, Notre-Dame de Paris, Hernani and Contemplations. Moving from poetry, to novels, to plays, he is the great figure of the romantic current . Already during his lifetime, he was recognized by his peers as well as by the French people. His actions, both at the literary and theatrical level (break with the rules of classical theater, advent of romanticism, etc.) and at the political and social level (fight against the death penalty, for peace, in favor of the condition of women, denunciation of the clergy.), played a considerable role in his time. At the Molière , the works of Victor Hugo enrich the French cultural heritage.

Victor Hugo was born on February 26, 1802 in Besançon. He is the last child in a family of three boys. His father Leopold is a general of the Napoleonic Empire. It is especially his mother Sophie who raises him. While at the Lycée Louis-le-Grand, Victor Hugo already seems to have a very precise idea about his future. At 14, he wrote ” I want to be Chateaubriand or nothing “. On October 12, 1822, Victor Hugo married Adèle Foucher , a childhood friend. Two years later, she gives birth to their first child, Léopoldine. They will have five children in all. While his wife makes Sainte-Beuve her lover, a certain Juliette Drouet accompanies Victor Hugo. Several other adventures of the life. At 19, Victor Hugo wrote and published his first poems, Odes . He was then noticed by King Louis XVIII who paid him a pension. He regularly devotes himself to poetry during his career. Thus in 1829 appeared the Orientales , the Feuilles d’automne in 1832 and Chants du crouscule in 1835. Later, he put his exile (1851-1870) to good use and continued to write collections of poetry: the Punishments (1853) , the Contemplations (1856). This is his most prolific period. The Contemplations remain one of his greatest successes. In 1862, the Legend of the centuriesis the work of maturity; it brings together more than sixty poems.

In 1827, Victor Hugo published the play Cromwell . The preface clearly announces its desire to break with the classical rules. Hernani will be the realization of the novelties he wishes to bring to the theater. This piece made him the leader of a new literary movement: romanticism. In February 1833, the first performance of Lucrèce Borgia was given . Among the actors is Juliette Drouet. Hugo falls in love with her and their love story will last fifty years. In 1838, Victor Hugo published Ruy Blas , a play where a valet was offered to take the place of a nobleman to seduce the Queen of Spain. This work receives a mixed reception.

Victor Hugo joined forces with a few writers to form the Cenacle . This circle of young authors will be the center of their literary movement called Romanticism. Hugo participates in the development of the romantic school, along with Gérard de Nerval and Théophile Gautier . With his play, Hernani, Victor Hugo breaks completely with the usual rules of the theater. The partisans of classicism are particularly offended that the rule of the three units (of time, place and action) is not respected. The confrontation between the romantics (the “Jeune-France”) and the classics (the “wigs”) is violent. They will fight the same battle each time Hernani is performed. In 1841, Victor Hugo was nevertheless selected to the French Academy .

In 1828, the Last Day of a Convict appeared , a sort of plea against the death penalty. Three years later, in 1831, Victor Hugo published his first historical novel, Notre-Dame de Paris . As soon as it was released in bookstores, the book was a great success. The romantic public particularly appreciates the universe of the Middle Ages recreated to perfection by Hugo. Claude Gueux was published in 1834. In this short novel, Victor Hugo once again denounces the death penalty and the inhuman conditions in which prisoners live in France. In 1862, he completed Les Misérables, which is also very popular with the public. In this book, Hugo stages Jean Valjean, a generous former convict who tries to flee a zealous inspector.

The political life of Victor Hugo

His daughter Léopoldine drowned in 1843 in a boating accident. This tragedy affects Victor Hugo a lot. Some believe that it was because of this event that he turned to politics. Victor Hugo “Peer of France” appointed in 1845 by Louis-Philippe. The latter started a political career and joined the Republican camp. He was elected deputy to the Constituent Assembly in 1848. He then condemned the coup d’état of December 2, 1851 by Prince Louis-Napoleon (nephew of Napoleon Bonaparte ). He is then forced to go into exilein Belgium, then on the islands of Jersey and Guernsey. When the Republic was proclaimed in 1870, Hugo returned to Paris where he was greeted triumphantly. In the eyes of the French people, he embodies the republican resistance to the Second Empire. On February 8, 1871, he was elected to the National Assembly . In 1876, he was elected senator. One of his first interventions is a plea for an amnesty for the Communards.

The death of Victor Hugo

Age does not dry up its pen. At 75, Victor Hugo continues to write and publishes the Legend of the centuries and the Art of being a grandfather (1877). For its 80th anniversary, a crowd estimated at 600,000 people parades in front of its windows. On May 22, 1885, Victor Hugo died of pulmonary congestion at the age of 83. The hearse “of the poor”, as he wished, carries his coffin to a state funeral. His remains are displayed under the Arc de Triomphe for one night, then taken to the Pantheon. A crowd of two million people follows the procession. Delegations from all over the world made the trip for a final tribute. February 26, 1802: Birth of Victor Hugo
Victor Hugo was born in Besançon on February 26, 1802. He was the last son of Sophie Trebuchet and Leopold Hugo. He has two brothers.
1809: A father general
Victor Hugo’s father became Napoleon’s general and led the whole family on the roads of France and Europe.
1816: Birth of his passion for literature
Barely 14 years old, and passionate about letters, he writes: “I will be Chateaubriand or nothing”.
March 9, 1820: Victor Hugo receives a pension from King Louis XVIII
Victor Hugo receives a pension of 2000 francs from King Louis XVIII for his Ode sur la Mort du Duc de Berry. This is the first recognition of his talent.
October 12, 1822: Hugo gets married
Victor Hugo publishes his first Odes. He married, on October 12 in Saint-Sulpice, Adèle Foucher, his childhood friend.
1825: At the head of a circle of romantic writers, the Cenacle
Victor Hugo is made a knight of the Legion of Honor. He created the Cenacle, a group of young writers, and became its leader.
December 1827: His support for Romanticism
“Cromwell” is published. Its preface is a true manifesto, in which Victor Hugo is committed in favor of romanticism against classicism. It was at this time that he became friends with Sainte-Beuve.
1829: The “Orientales” and the “Last day of a condemned man”
In January and February 1829 the “Orientales” and the “Last day of a condemned man” appeared. In August, his play “Marion De Lorme” is censored.
February 25, 1830: Beginning of the battle of Hernani
At 27, Victor Hugo presented his new play, “Hernani”, for the first time at the Comédie-Française. The partisans of classicism are offended by noting that the rule of the three units (of time, place and action) is not respected. The confrontation between the romantics, the “Jeune-France”, and the classics, the “wigs”, is violent. They will fight the same battle each time “Hernani” is performed. Hugo becomes the leader of the romantic school.
March 15, 1831: Publication of “Notre Dame de Paris”
At 29, Victor Hugo published his first historical novel, “Notre-Dame de Paris”. As soon as it was released in bookstores, the book was a great success. Romantic audiences who love history particularly appreciate the medieval universe recreated to perfection by Hugo.
February 2, 1833: Hugo meets and falls in love with Julie Drouet
The premiere of “Lucrèce Borgia” took place on February 2, 1833. The actress Julie Drouet played there. Hugo falls in love with her and their love story will last fifty years.
November 12, 1838: Premiere of Ruy Blas
In Paris, Victor Hugo presents for the first time his play in five acts Ruy Blas.
January 7, 1841: Victor Hugo entered the Académie française
At 39 years old, and after having suffered several failures, Victor Hugo was elected to the French Academy with just 17 votes out of 32. By taking his place in chair 14, he replaced Népomucène Lemercier.
September 4, 1843: The death of her daughter Léopoldine
Hugo is deeply affected by the accidental death of his daughter Léopoldine.
1845: Victor Hugo enters the Chamber of Peers
Louis-Philippe appoints Hugo Peer of France. Hugo starts a political career. The same year, the poet began writing “Miserables”.
July 5, 1845: Victor Hugo in the act of adultery
The writer and poet, who has just been made Peer of France by Louis-Philippe, is caught in the act of adultery with Léonie Briard in a hotel in the Passage Saint-Roch in Paris. It is the husband of the young woman, the painter Auguste Briard who surprises them. The recent distinction received by Victor Hugo allows him to escape prison. Léonie does not have the same luck. She is imprisoned for two months. The next day, all the Parisian newspapers report the event.
December 11, 1851: Victor Hugo goes into exile in Belgium
Fervent opponent of the Coup d’Etat of Napoleon III (December 2), Victor Hugo had to go into exile in Belgium to escape repression. With a false passport, he took the night train to Brussels. The year following his exile will continue on the Anglo-Norman island of Jersey then in 1855 in Guernsey. For more than 15 years, he will write satires against the one he calls “Napoleon the little one”. Hugo did not return to France until after the abolition of the Second Empire in 1870.
September 27, 1859: Publication of “The Legend of the centuries”
The first volume of Victor Hugo’s literary monument was published in France while its author was in exile on the Anglo-Norman island of Guernsey. It will be necessary to wait 18 years (1877) for the second volume. This work is a vast painting of the history of humanity and its constant struggle between good and evil.
1862: “Les Misérables”
Victor Hugo is completing the writing of his famous novel, “Les Misérables”. As soon as it was released, it was a resounding success with the public.
September 5, 1868: His return to Paris
1868 marks the start of the Franco-German war. On September 5, Victor Hugo put an end to his exile in Jersey and arrived in Paris.
February 8, 1871: The poet becomes deputy
On February 8, 1871, Hugo was elected deputy for Paris in the National Assembly, which then sat in Bordeaux. On March 8, he resigned in full session of the Assembly.
1876: Victor Hugo in the Senate
Hugo is elected senator. One of his first interventions is launched in favor of an amnesty for the Communards. He will return to the charge in 1879, then in 1880.
May 22, 1885: Victor Hugo passes away.
Victor Hugo, The greatest writer of the 19th century, died with pulmonary congestion at the age of 83. The hearse “of the poor”, as he wished, will take his coffin to a state funeral. His remains are thus exhibited under the Arc de Triomphe and then taken to the Pantheon. A crowd of 2 million people follows the procession. 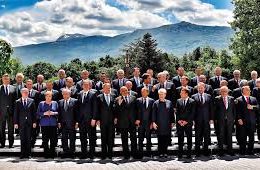 From behind the scenes of the European Councils to the secrets of banking transactions, Circus politicus, by Christophe…
byadmin 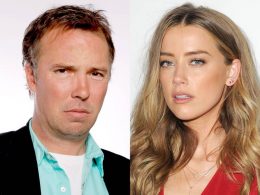 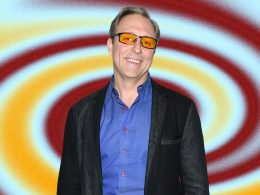 D.L. Hughley Biography D.L. Hughley, who was born on 6th March in 1963, is a well-known American actor,…
byadmin 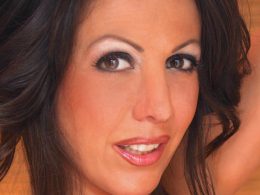