Victoria Konefal was born on 29th October in 1996 in New York, United States. She is a well-known American actress who is famed for her excellent role in NBC soap opera named “Days of our Lives” as Ciara Brady, for which she also gained the Daytime Emmy Award nomination for being the outstanding youngest actress. After her graduation, she shifted to Los Angeles, when she performed this tremendous role which became a turning point for her career. Moreover, she also appeared in many Canadian movies including “The Wrong Crush” as well as “Deadly Exchange”.

Victoria Konefal’s height is 5 feet 6 inches and her weight is approximately 52kg. her figure measurements include 34-25-35. She wears a shoe of 8 US size. Her light brown hair and blue colored eyes make her much more enchanting and attractive. She is a very pretty actress.

Victoria Konefal came to this world in New York, united states on 29th October in the year 1996. Her parent’s name is not known, however, they both shifted to the United States from Poland. She spent most of her childhood along with her siblings in Brooklyn. She has a sister named Magda as well as a brother named Patrick. She is the eldest of all her siblings.

Since childhood, Victoria Konefal has an interest in acting and wished to be an actress. She went to the famous Broadway theater production company as an off-trip from her school which was named Brooklyn Heights Players, for over 2 years. She took acting very seriously and started professionally performing at Fiorello H. LaGuardia High School of Music & Art. Afterward also in Performing Arts in Upper West Side, New York to polish her acting skills much more.

Victoria Konefal started her career at a very young age after he studies. she started her career as a model, then she signed with Bold Management & Production and Katz PR. In the year 2015, she made her acting debut by working in two famous films, one was Forgetting Sandy Class in which she acted as Kelly and the other one was a horror film named Fog City in which she acted the role of Georgia Paige. In 2016, in Modern Family, she guest-starred as Rivka. In 2017 she further appeared in 3 superhit films performing great roles. In the year 2017, she was announced to be selected as a caste lead role in NBC soap opera as Ciara Brady named “Days of our Lives” which earned her huge fame and wealth. She is heading towards success from her hard work day by day.

Victoria Konefal is currently unmarried and not dating anyone right now. However, it had been rumored that she had been in a relationship in the past with her boyfriend Cory Goulet who is a famous music producer. Together they attended many red carpet events and had also been on social media together.

Victoria Konefal is a well famous and hard-working actress who has earned much fame and wealth from her remarkable acting skills in very little time. She now lives a very healthy and luxurious life with a net worth of approximately $4 million. She has earned this wealth from acting in many advertisements, brand endorsements, films, tv series, etc. James Spader Biography James Spader, who was born on 7th February in 1960 in Boston, Massachusetts, is a…
byadmin
No comments 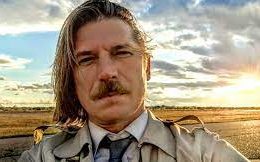