Fabulaes.com has complied a list of the Top 15 Smartest Animals In The World, with respect to their general intelligence behavior. While compiling this list, we think that a complex brain is not a factor so much as the ability to use creative thinking and there are some standards and parameters for this.

Ants are placed to be the smartest insect on the earth. Ants have the largest brain mass of all insects. Ants are intelligent, methodical, social and strategic. They know how to send army out for food and attack. They know how to play their part of responsibility between hunting/gathering and defending their home.

Ants are extremely territorial and they will not hesitate to let invaders know that. They also know how to adapt to their changing environment according to the situation. It is also known as the White-Mustached Portia. These spiders have demonstrated learning abilities and have been labeled as the smartest bugs on the earth. They perform intelligently while facing problems. One of their principal and dangerous skills is luring other spiders from their webs for food.

The Portia has unbelievable eye sight. The spider uses a planned trial-and-error approach to hunting and shows a strong cognitive base. As the prey comes and goes, the spider will sit and wait for hours until it has a perfect moment to strike, plotting ahead and understanding that the meal will eventually return. These spiders have also shown signs of selective attention by identifying specific objects and prey over others. All These Qualities Are Helpful For Ants To Make Into The List Of Smartest Animals In The World Although, this is not fair with dogs lovers as we have put them down in the list but studies show that when compared with their direct ancestor, wolves, dogs display markedly different behaviors. We have literally change this animal into something that makes us the center of the world. A dog can be taught to understand pointing, for example, a very complex associative skill. The concept of pointing AT a thing we want you to pay attention to is not something that comes automatically, it is something that has to be learned. Wolves don’t learn this. Dogs can.

We see them as smart because their behaviors are ones we have bred them to exhibit to make them be more like us. Not to take away from their smarts, they can use creative thinking too, but they don’t quite match up to the more devious and cunning animals. Pigeons are often called “flying rat” ! These birds, like their land dwelling “relatives,” are very smart. Most people are aware that pigeons were used during war as messengers and prized for their ability to remember people and places for many years at a time.

But pigeons can also multitask, dividing their attention between multiple stimuli at the same time in order to accomplish multiple tasks in a shorter period of time. This is a remarkable feat and one that few animals can duplicate. The cephalopod family itself is considered to be remarkably smart. The octopus is considered the smartest invertebrate alive This Helps It To Make Into The List Of Smartest Animals In The World. In experimental conditions, these animals have displayed both short and long term memory. They have incredible observational learning and problem solving ability. Octopuses have an extremely large nervous system, but only a portion is found in their brain. They are masters of mimicry and camouflage.

They are professional escape artists and can often be found in the hull of crabbing boats, feeding on the catch. These animals have incredibly keen eyesight, sense of touch, and are very fast. They are fearless and confident animals, seeming to assume themselves to be in control of whatever situation they find themselves in. They travel in family units and protect each other fiercely.

We well know how irritating the squirrel’s problem-solving abilities are. They are possibly one of the most cunning and determined animals on earth, made all the more annoying by what feels like sheer stubbornness.

Even though its natural habitat is the woodlands, squirrels have adapted to city life like champs. Numerous studies have been done to try and stump these little thieves, but their memories are steel traps, and every experience they encounter is a learning one. You may find them as the most disgusting rodents on the earth, but their psychology is similar to humans and is one of the reasons they are mostly used for lab experiments. Rats possess a mental ability called meta-cognition that is seen only in humans and some primates. They can use their keen sense of smell and hearing to detect landmines and bombs.

They can even identify human sputum samples containing tuberculosis bacteria. Rats show signs of excitement, loss, stress and even remorse.

Pigs have long been considered to be smarter than dogs. Ironically, it is also one of the cleverest animals around. A pig will refuse to defecate anywhere near the area where he lives and eats when he is given a choice. You can train a pig just like a dog or cat, but what makes their intelligence remarkable is the complex social lives that behaviorists once believed to be the purview of primates. Mother pigs have been found to sing to their piglets while they are nursing. African Grey Parrots are extremely sociable, loving, and intelligent animals, Which Includes It In The List Of Smartest Animals In The World. They are capable of learning hundreds of human words and sounds, which can be used in their proper contexts. Some researchers say that African Grey Parrots have intelligence equivalent to that of a five-year-old child. The most famous African Grey was probably “Alex” who was the subject of a thirty-year (1977-2007) experiment by animal psychologist Irene Pepper-berg.

At the end of his life, he could identify fifty different objects and recognize quantities up to six; he could distinguish seven colors and five shapes, and understand the concepts of “bigger,” “smaller,” “same,” and “different,” and that he was learning “over” and “under.”

See also: Top 30 Most Beautiful Cities in the World Crows are considered to be the smartest but irritating birds of all. They top the avian IQ scale and not just because they, like parrots, can be taught speech. They can count, differentiate between complex shapes, and also carry out observational learning tasks. The New Caledonian Crow has been found to create knives to cut leaves and stalks of grass, as well as hooks out of stray bits of wire, which they use to fish grubs out of hiding places.

Crows throw clams, nuts, shells on the roads and wait for passing cars to run over them. This helps break the hard shells, and the crow can enjoy its delicious treat inside. Creative thinking is hallmark of intelligence, but these birds also form complex social behaviors and have been observed acting in concert to perform complex tasks such as theft, employing lookouts and decoys.

Elephants are incredibly intelligent. They have incredibly large brains, even when compared to scale with human brains, the elephant brain dwarfs the brains of most other mammals. They have created some of the most complicated social structures in the animal kingdom. One indication of intelligence is altruism or an animal’s sacrifice for the good of the whole herd. Elephants are famous for their altruism in protecting their young, and this is only one of the many characteristics that make them amazingly intelligent.

Elephants have been known to medicate themselves when sick by chewing the leaves of specific trees depending on their illness. They also bury their dead in a ritualistic way, the only other species on Earth to do so besides humans. Elephants are also very playful, which helps them to develop dexterity and special reasoning. Chimpanzees learn, perform cognitive and creative tasks, and have a better memory than any other animal. They can perform sign language to communicate with humans. Chimps have been observed using advanced knowledge of tools– building what they need from what they have in creative and adaptive ways. They have shown ability in thinking ahead by using tactical attack maneuvers, such as flanking their prey. They often use mental manipulation within their families.

In 2006, scientists showed that chimps share 98% of the same genetic DNA as humans. Recently, chimpanzees have been seen teaching sign language to their infants without human interference. Dolphins possess advanced language comprehension skills, making them able to understand signed gestures, generalized words like “ball,” and can also refer to sets of objects with similar characteristics. They get numerical concepts, and they’re able to understand and react to questions about objects outside of their immediate vicinity. They process information received both acoustically and visually, allowing them to recognize scenes presented on a television screen.

Dolphins understand pointing like dogs– something else chimps have a hard time with. Considering dolphins don’t have arms, this ability is perhaps all the more amazing. Dolphins also seem to demonstrate self-awareness by using mirrors to recognize and inspect marks placed inconspicuously on their bodies like elephants. Orangutans are now considered to be the Smartest Animal In The World Orangutans Are Way More Intelligent Than of the primates and chimps. Orangutans have been taught to saw wood, use a hammer to nail structures together and even siphon liquids through a hose. But while that could be simply marked up to rote training, what makes the orangutan smart is its ability to understand why we complete these actions and use them in the wild when they might be helpful.

For example, an orangutan was taught how to build a simple protective structure using tools available in the wild. When released from captivity, the orangutan was observed building the same structure to get out of the rain. 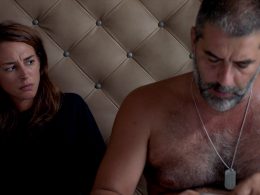 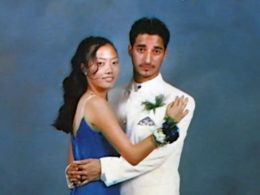 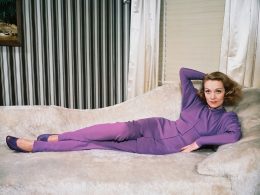 Born in Berlin at the turn of the century, Marlene Dietrich was drawn into the world. She sang…
byadmin
No comments 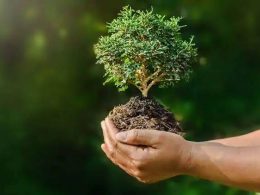